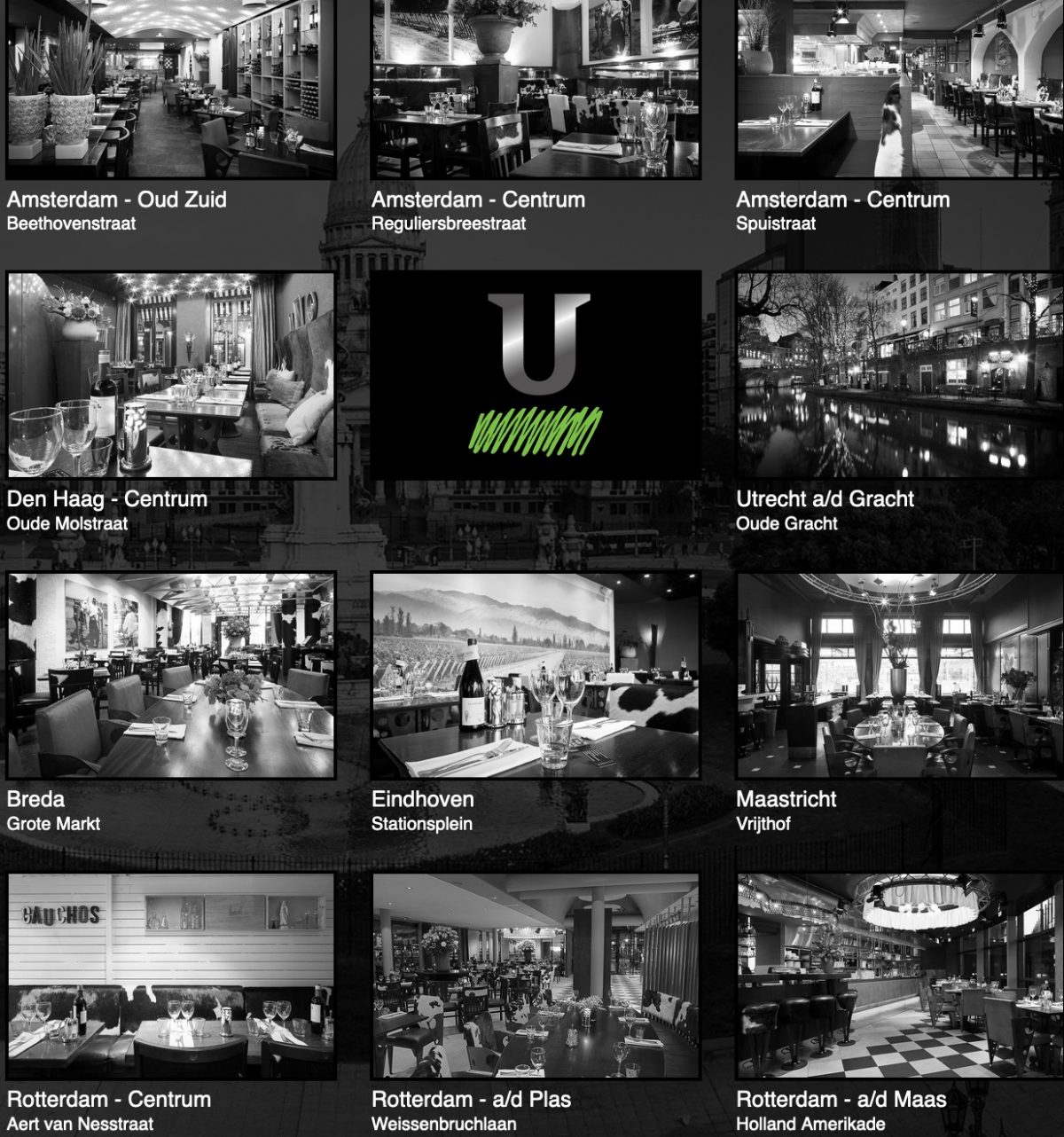 El Gaucho is the most common name of an Argentinian Steakhouse outside Argentina. Referring to the Gaucho, the Argentinian cowboy, El Gaucho names thousands of Argentinian food restaurants in the world, almost exlusively owned and run by non Argentinians.

Many of them are already chains of many El Gaucho “parrillas”, the name of Argentinian steakhouses in Argentina. El Gaucho steakhouse could mean a posh restaurant in some English cities, or a dirty Turkish run joint in Amsterdam.

The true Argentinian steakhouses, the parrillas, are unpretentious. Beef is so widely available and so inexpensive in Argentina, that is a basic staple even for the poorer classes. Argentinians, together with neighboring Uruguayans eat more beef than anybody else in the word. Argentina has a population of 43 ml people and a cattle stock of over 50 million cows, while Uruguay has around 2.5 cows per inhabitant.

El Gaucho from Seattle owns 5 restaurants and a hotel. It is owned by Paul MacKay, who reopened it in 1996 after the original El Gaucho, founded by Jiam Ward in 1953, was sold and then closed in 1985.

This is a classy El Gaucho. The original one at Seattle was a steakhouse who Bob Hope, The Carpenters and Peggy Lee used to be frequent patrons.

Today El Gaucho steakhouse, at its 5 locations is a place with premium food and service, where people meat to close business. In addition to the original El Gaucho in Seattle, the other El Gaucho are in Tacoma, Portland, Bellevue, and a seafood version of El Gaucho called Aqua.

Located at the Trump Tower in Manila, El Gaucho Argentinian Steakhouse is a luxury grill.

With eleven restaurants in The Neteherlands, el Gaucho Grill is an iconic Argentine restaurant chain the country.

One of the few “El Gaucho” who actually serve Argentinian beef.