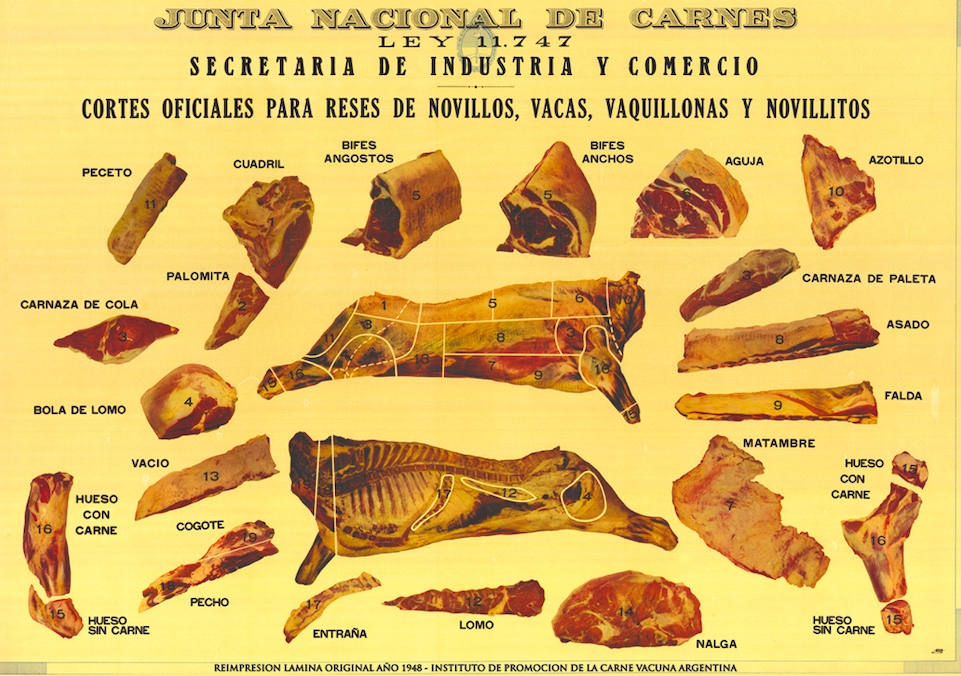 Before buying or grilling and Argentinian Steak Cut, you’d better know that they are stripped differently from traditional cuts in the US and the UK.

The Argentine beef primal cuts are just three, cut from what is called “media res” (half a carcass), a longitudinal separation of the carcass in two pieces cutting through the spine. The “media res” is the unit of reference in the Argentinian meat market, with weights from 80 to 130 kg; that is the raw material each butcher receives as input.

From these four primal cuts, the main sections are stripped into the most popular Argentinian cuts as shown above.

Officially, there many more cuts, as displayed in the Beef Nomenclator defined by the SENASA (Animal Health Service) and the IPCVA (Beef Promotion Entity)

In the following sections, we will review the most relevant Argentina steak cuts and what is the best way to cook them.

As a reference, we will use the images and videos produced by “Locos X el Asado”, a popular beef lovers community that is working together with the IPCVA to promote beef consumption and best grilling practises.

Argentinian Steak Cuts from the Cuarto Trasero – Round & Rump